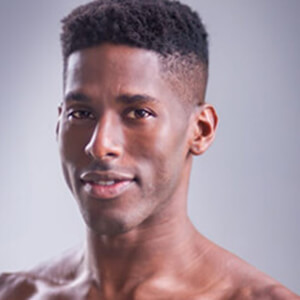 Lloyd Knight is the most senior dancer and Principal of the Martha Graham Dance Company. He joined the Company in 2005 and performs lead roles in Appalachian Spring, Embattled Garden, Errand into the Maze and others. Born in England and raised in Miami, he trained at Miami Conservatory of Ballet and graduated from New World School of the Arts, under the direction of Daniel Lewis. There, he worked with choreographers, Donald McKayle, Robert Battle, and Michael Uthoff. He received scholarships to The Ailey School and Dance Theatre of Harlem. Dance Magazine named him one of the “Top 25 Dancers to Watch” in 2010. Mr. Knight partnered Wendy Whelan in Moon and Misty Copeland in At Summer’s Full.