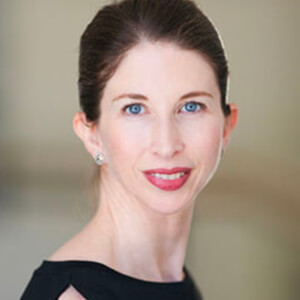 In 1990, Ms. Hanson was invited to join the New York City Ballet. During her 16-year-long career with the Company, her repertoire included over 75 different ballets, primarily the works of George Balanchine, Jerome Robbins and Peter Martins. She danced featured roles in Balanchine’s Agon, Chaconne, Coppélia, The Four Temperments, La Valse, The Nutcracker, Stars & Stripes, and Swan Lake among others. She originated roles in ballets by Robbins, Martins, Christopher Wheeldon, Eliot Feld, Susan Stroman and many others. Ms. Hanson toured with the Company to major cities throughout the world.

While still dancing in the NYCB, Ms. Hanson was a member of the guest faculty at the School of American Ballet, New York.

Upon retirement from NYCB in 2006, Ms. Hanson was invited to join the faculty of the Pacific Northwest Ballet School. She teaches primarily advanced students in ballet technique, pointe, and variations and also stages Balanchine ballets for PNBS performances.