Please email info@danceconservatorychs.com to confirm the class is being held and pricing.

email info@danceconservatorychs.com for pricing and to register.

Bo Busby began his dance training at Wilson Dance Academy in Newberry, SC with his mother Linda, at the age of three. He continued his training with Ann Brodie at Calvert-Brodie Studios in Columbia, SC. At the age of 13, Bo was awarded a full scholarship to attend The Harid Conservatory’s year round program. There he trained with Victoria Schneider, Olivier Pardina and Svetlana Osiyeva for three years. In 2000 he was accepted into the Stuttgart Academy in Germany, where he studied with Pyotr Pestov. While in Stuttgart, Bo was coached by Marcia Haydée to perform the Olga and Lenski pas de deux from John Cranko’s Onegin and also appeared in the Stuttgart Ballet’s production of The Sleeping Beauty featuring Vladimir Malakhov and Lucia Lacarra. Upon returning to the US, Bo was awarded “Best Male Dancer” at the first ever Youth American Grand Prix and in 2001 was awarded the prestigious “Grand Prix” title. Bo has attended summer programs at the School of American Ballet in New York City and at Houston Ballet in Texas under full scholarship.

Bo joined Boston Ballet in 2006 and was promoted to soloist in 2011. As a dancer with Boston Ballet for 10 years, Bo was original cast of some amazing works; Smoke and Mirrors by Yury Yanowsky, Eventide by Hellen Pickett, Resonance by Jose Martinez, and several works by Jorma Elo. As a soloist, he performed roles such as Gremin in John Cranko’s Onegin, and Von Rothbart in Boston Ballet’s production of Swan Lake, along with roles in both William Forsythe’s Vertiginous Thrill of Exactitude and The Second Detail. During Bo’s time with Boston Ballet, they were the first American company to do the full Black and White Program by Jiri Kylian, an opportunity of a lifetime. Bo also performed in their 50th Anniversary “Night of Stars” Gala in 2013, which was a performance held outside in Boston Common.

Having danced with two of the most prestigious ballet companies in the United States, Bo has also had an opportunity to tour all over the world, dancing in Japan, South Korea, Spain, Finland, Germany, Bermuda, the United Kingdom and across the US.

Bo was thrilled to return to South Carolina ballet to join CCB in 2016, dancing primarily with Prima Ballerina Regina Willoughby. He was promoted to principal dancer in 2017.

*At least 2 dancers must attend for Adult Ballet to run. Class cards will not be charged if a class does not run. 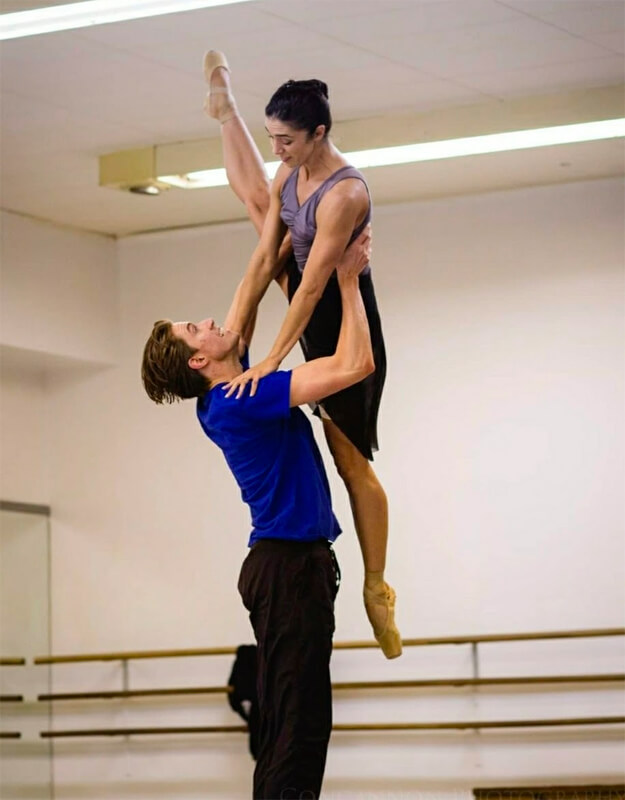