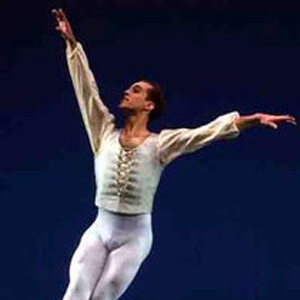 Jared Angle was born in Altoona, Pennsylvania where he began his early dance training at age six at the Allegheny Ballet Academy. He entered the School of American Ballet (SAB), the official school of New York City Ballet, in the fall of 1996.

In 1997, Mr. Angle received the Rudolf Nureyev Scholarship to continue his training at SAB for the 1997-1998 school year. Mr. Angle became an apprentice with New York City Ballet in March 1998 and joined the Company as a member of the corps de ballet in July 1998. He was promoted to the rank of soloist in February 2001.

On November 11, 2005, Mr. Angle was promoted to principal dancer following a performance during a Company visit to Denmark for the reopening of the Tivoli Concert Hall.