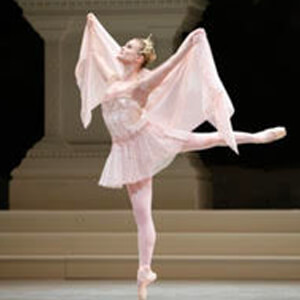 In 1992 she was invited to the School of American Ballet and accepted an apprenticeship at Miami City Ballet in 1995. In 1997 Ms. Miner joined the San Francisco Ballet and, a stand-out in the corps, was promoted to soloist in 2004. Celebrated for sprightly dancing with incredible depth of performance, Ms. Miner’s repertoire at SFB showed a wide breadth of artistry, from originating the lead role of Sylvia in Mark Morris’s “Sylvia,” to pleasing audiences and critics alike as Cupid in Tomasson/Possokhov’s “Don Quixote” and stunning in Balanchine classics like “Symphony in C,” “Divertimento No. 15,” and “Emeralds.”