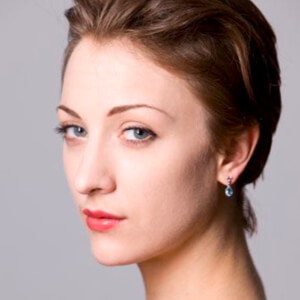 Born in Minneapolis, Minnesota, Simone Messmer began her ballet training at Ballet Arts Minnesota before studying at The HARID Conservatory in Boca Raton, Florida, where she was awarded the Jeannot B. Cerrone Award for Excellence in Dance.

At 16, she resumed her training at Ballet Arts Minnesota under the direction of Bonnie Mathis, and in 2001 she was invited to join American Ballet Theater after attending their summer intensive. In 2010 Messmer was promoted to the rank of soloist and was awarded the Leonore Annenberg Arts Fellowship the same year.

During her career with ABT, Messmer originated major roles under renown choreographers including Alexei Ratmansky, Christopher Wheeldon and Benjamin Millepied, and her repertoire included The Bright Stream, Le Corsaire, Raymonda, Ballo della Regina, Birthday Offering, Company B, Drink to Me Only With Thine Eyes, In The Upper Room, Overgrown Path, Petite Mort, Sinfonietta, and Within You Without You: A Tribute to George Harrison.

In 2013 Messmer joined San Francisco Ballet, performing principal roles in Balanchine’s Agonand Brahms-Schoenberg Quartet, and Ratmansky’s From Foreign Landsand Chamber Symphony. Other major roles included “The Man I Love” in Balanchine’s Who Cares?, The Firebird in Passokov’sThe Firebird, and appearances in works by Mark Morris and Liam Scarlett.

Messmer joined Miami City Ballet as a principal dancer in 2015.