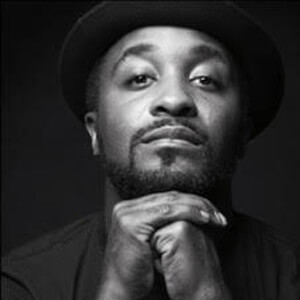 Darrell is a proud New Yorker, born and raised in Harlem. A graduate of the esteemed Juilliard School, today he is one of the few choreographers working in the theater, ballet, modern, and commercial dance genres.

Most recently Grammy Award winning artist Beyoncé selected Darrell as one of her choreographers for her Mrs. Carter World Tour and Tony Award winning director Diane Paulus tapped Darrell to choreograph the original musical Witness Uganda at American Repertory Theater that she directed.

Darrell was approached by Central Park SummerStage’s dance curator to choreograph under his own moniker, inspiring him to form the pick-up company — Dance Grand Moultrie, which premiered in Central Park in July 2011. As a performer, Darrell was part of the original cast of the hit musical Billy Elliot on Broadway. He has also been seen in West Side Story in Milan, Italy, at the world famous La Scala Opera House, and was a part of the original workshops of the Public Theatre’s Radiant Baby directed by George C. Wolfe, Sweet Charity, and The Color Purple. He was seen on Broadway in the smash hits Hairspray The Musical with Harvey Fierstein, and AIDA where he understudied the role of Mereb, performing opposite Toni Braxton.