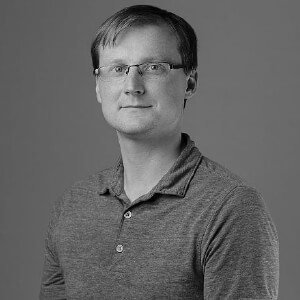 Nick Mullikin began his training at the Wisconsin Dance Ensemble in Madison, Wisconsin under the direction of JoJean Retrum. He continued at the Virginia School of the Arts, and Houston Ballet Academy, training with Petrus Bosman, David Keener, Steve Brule, Clara Cravey, and Claudio Munoz. Upon his completion of training with Houston Ballet Academy, he was invited to join Houston Ballet with Artistic Director Ben Stevenson, and subsequently joined Ballet West under the direction of Jonas Kage. During that time, he performed works by William Forsythe, George Balanchine, Ben Stevenson, Anthony Tudor, Bruce Marks, David Parsons, Ronald Hynd, Dominic Walsh, Timothy O’Keefe, Glen Tetley, and Trey McIntyre. He has toured nationally and internationally including at the Edinburgh International Festival in 2004 as well as performing as a guest artist for Ballet Arizona, and regional companies throughout the country.

During his time at Ballet West, as an artist, he was an elected union representative for the American Guild of Musical Artists before joining the administrative staff as the Company/Tour Manager & Assistant to the Artistic Director in 2006. In addition, to handling all collective bargaining, and regional touring for the company, he oversaw and managed the company’s return to the Kennedy Center in Washington D.C. as part of the inaugural Ballet Across America series.

Since that time, he has worked as Company Manager for The Washington Ballet and as assistant manager at the Dance Institute in Austin, Texas. Mr. Mullikin has guest taught at summer programs and schools across the country, coached students for competition at the Youth America Grand Prix, taught in after school programs in the Washington D.C. area, and consulted on the creation and setup of Honolulu Classical Ballet in Honolulu, Hawaii. Currently, with his responsibilities at Nashville Ballet, he acts as a consultant to the Kansas City Dance Festival. In 2012, he graduated from the University of Texas at Austin, majoring in Government, minoring in Communications, while completing the Business Foundations Program at the McCombs School of Business.