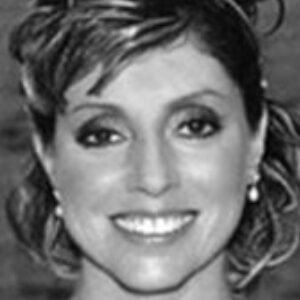 During her tenure as a Balanchine-trained Principal Dancer with the New York City Ballet, Ms. Roy performed for audiences all over the world.  She danced leading roles in the works of George Balanchine, Jerome Robbins, Peter Martins, and William Forsythe, among others.

She performed in China under the direction of Jerome Robbins, and toured worldwide with Stars of American Ballet. Her television appearances include the Dance in America program Balanchine in America, Balanchine Celebration, and a live telecast of Ray Charles in Concert with New York City Ballet.

In addition, she is the co-creator of the New York City Ballet Workout, published by William Morrow in 1996. Ms. Roy has also made her mark as a Broadway Choreographer.  In 2003, she received a Tony nomination for her work on the Broadway musical version of the movie Urban Cowboy. Other choreographic credits include the Broadway hit show Master Harold and the Boys, starring Danny Glover, Paparazzi with Tommy Tune, and the Encores! Series production of Can-Can starring Patti Lupone. Ms. Roy received the prestigious Jerome Robbins Award in 2011.