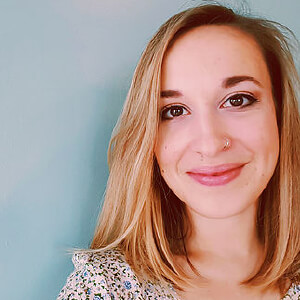 Lily Watkins began her ballet training in Columbus, Ohio under Shir Lee Wu. In 2004 she was awarded 1st place in the Junior Classical Division for Youth American Grand Prix semi-final in Chicago, IL, and the following year she was invited to attend The School of American Ballet as a scholarship student in the Advanced Division. While studying at SAB Ms. Watkins performed numerous times at the David H. Koch New York State Theater alongside New York City Ballet, including dancing principal roles in 2 & 3 Part Inventions and Fanfare during the 2008 Jerome Robbins Celebration.

Ms. Watkins’s piece for the SAB Student Choreographic Workshop, Serenade for Strings, garnered the attention of Artistic Director Peter Martins, and in 2009 she was one of four promising young choreographers invited to create works for the New York Choreographic Institute’s Spring Session. Ms. Watkins has since expanded her choreographic repertoire to encompass a wide range of genres, including neoclassical ballet, modern and contemporary, as well as performance art, movement comedies and musical theater productions.

Ms. Watkins is a graduate of Beloit College with a BA in Creative Writing and was the 2012 recipient of the Chavey Family Endowed Award in Dance for outstanding contributions to the dance program. In addition to her dance training at The School of American Ballet and Beloit College, Ms. Watkins has attended summer programs with Hubbard Street Dance Chicago, Miami City Ballet, American Ballet Theater, Orlando Ballet and BalletMet Columbus. She has been teaching and choreographing in Charleston since 2014.