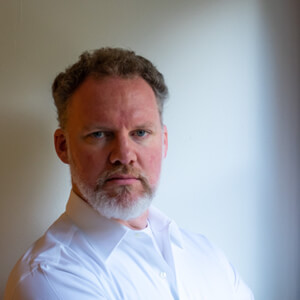 James Fayette retired from New York City Ballet in 2005 at the rank of Principal dancer. Throughout James’ dancing career, he was privileged to work with the greatest dancers and choreographers of that time, originating roles in Jerome Robbins’ 2 & 3 Part Inventions and Brandenburg Concertos as well as in works by other choreographers including Christopher Wheeldon, Susan Stroman, Lynn Taylor-Corbett and numerous works by Peter Martins. He also established himself as an excellent partner in a number of signature roles in the New York City Ballet repertoire, including Balanchine’s Serenade, Concerto Barocco, Brahms Schoenberg Quartet and Jerome Robbins’ In The Night and West Side Story Suite.

James started ballet at age five in his hometown of Ridgefield, Connecticut. He trained in a variety of ballet styles beginning with classes that were derived from the Russian Vaganova School after which he studied Balanchine technique at the School of American Ballet as a full scholarship student. Furthermore, he was awarded a Danish/American exchange scholarship in 1989 to train in Bourneville technique at the Apprentice program within the Royal Danish Ballet. From 1986 to 1991, Mr. Fayette also participated in and helped to develop lecture demonstrations for the School of American Ballet’s outreach program to schools throughout the New York City area.
His vast training and knowledge of ballet served him well as a guest teacher of pas de deux at the School of American Ballet, and guest teacher at Ballet Academy East and the New York State Summer School of the Arts, along with the number of master classes he would offer at schools across the country when visiting as a performing artist.

During his professional career, James founded and managed an independent touring group of dancers from varied dance disciplines, which toured both domestically and throughout Italy from 1995 through 2002. In addition to setting choreography and coaching the dancers, he organized all aspects of the company including programming, casting, staging, rehearsing, and most areas of management including production and domestic touring.
Throughout James’ career at New York City Ballet, he was a union delegate and participated in all dancer employment contract negotiations. Following retirement from full time performing in 2005, he was recruited by the dancers’ union to become the New York Area Dance Executive for the American Guild of Musical Artists, representing professional dancer employment nationwide. He has worked closely with the managements and dancers of most major American dance companies including New York City Ballet, American Ballet Theatre, Pacific Northwest Ballet, Houston Ballet, Alvin Ailey American Dance Theater, Ballet West, Kansas City Ballet, Martha Graham Dance Company and Merce Cunningham Dance Company. He has a deep understanding of how the employment of dancers is managed and is keenly sensitive to the needs and career concerns of professional artists. His approach to resolving problems between companies and their artists has earned him a high level of respect throughout the professional dance world with both the artists and their managements.

James also was the Managing Director in the founding years of Benjamin Millepied’s L.A. Dance Project where he helped oversee the development and evolution of one of the most prominent American Contemporary Dance companies of the new millennia. James was Associate Dean of Dance at the Colburn School in Los Angeles, and also co-founded the Colburn Dance Academy with his wife, Jenifer Ringer Fayette, where he taught and coached dancers that are currently performing in some of the most prestigious companies in America, including New York City Ballet, San Francisco Ballet, and Pacific Northwest Ballet.