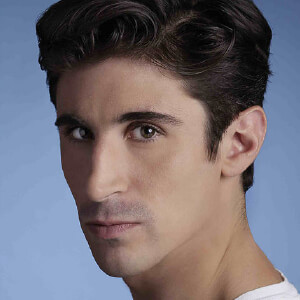 After attending the 1997 summer session at the School of American Ballet (SAB), the official school of New York City Ballet, Mr. Suozzi was invited to continue his studies in the SAB winter session as a scholarship student. At SAB, he studied with Stanley Williams, Andrei Kramarevsky, Peter Boal, Jock Soto, and Susan Pilarre, among other SAB teachers.

Mr. Suozzi was invited to become an apprentice with New York City Ballet in April 1999 and joined the Company as a member of the corps de ballet in February 2000. In May 2007, Mr. Suozzi was promoted to soloist.

Sean has been featured in many ballets of George Balanchine, Angelin Preljocaj, Peter Martins, Justin Peck, Jerome Robbins, and many others. While dancing, Sean also co-developed and co-produced the narrative dance film NY EXPORT: OPUS JAZZ.