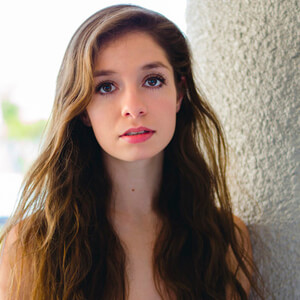 Danielle Diniz is a dancer, musical theater performer and choreographer based in New York City. Growing up, she competed with In the Spotlight (Waldwick, NJ) earning national and regional titles and scholarships. She also attended the Paper Mill Senior Summer Musical Conservatory two years in a row and studied acting at the Lee Strasberg Theater and Film Institute. She graduated from Cornell University with a B.A. in English and Theater (concentration in Shakespearean Studies) and a minor in Dance.

Upon moving to New York City, she joined the ensemble of the Dirty Dancing national tour, understudying Baby, Lisa and singer, Elizabeth. Regionally, she performed in The Music Man, Young Frankenstein, The Addams Family and Spamalot and had featured roles in National Pastime and My Fair Lady, both under the direction of Tony nominee Hunter Foster and Waitress’s Lorin Latarro. She served as Dance Captain/Phantom for three years of this team’s The Rocky Horror Show and also was Associate Choreographer during the production’s fourth incarnation. She now is honored to frequently tour with Stars of American Ballet and dance with partner, Daniel Ulbricht.

Danielle continually choreographs and thoroughly enjoys guest teaching; she’s grateful to have taught at The National Dance Institute (NDI), The American Musical and Dramatic Academy (AMDA), three years at The New York State Summer School for the Arts (NYSSA), Manhattan Youth Ballet (MYB) and even in St. Petersburg, Russia via the Dance Open.